It is Saturday evening, the Shah family is having dinner, it is Pav Bhaji and story telling night, a.k.a. Indian sloppy Joe, Nitali and Nihir’s favorite meal.

After dinner, they put their names in a bowl, shook it up and Ba pulled out a name from the bowl. It was Bapu’s turn to tell a story.

A boy, Ganesh was born on Mt Kailash, in the Himalayas. He was the first born son of Shiva and Parvati and  brother to Kartikeya. 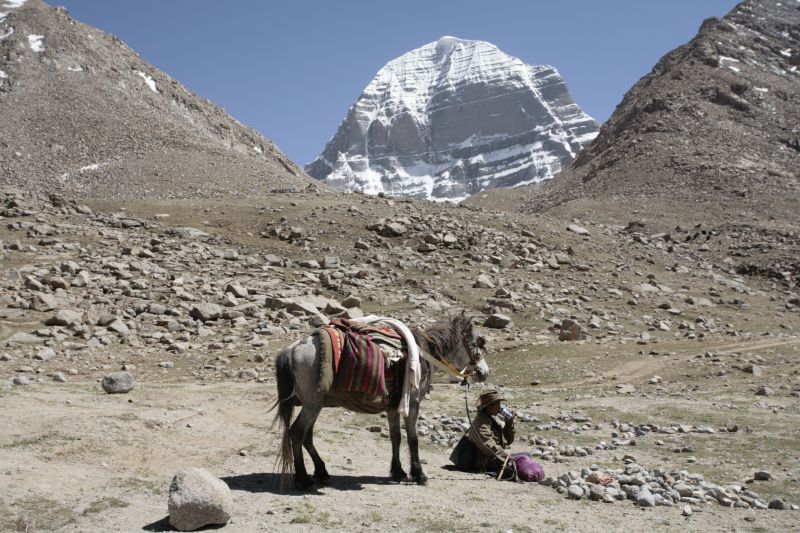 One day, his parents were approached by Sage Narad ” I have got you a special mango from Southern India, and eating which would make the person wise and intelligent”

Mangoes by Ruth Currie on Pexels.com

Shiva accepts the mango. He turns to Parvati “Parvati, here, let us share it.”

Before Parvati could take it, Sage Narad intervened saying “It can only be eaten whole by one person.”

Shiva gives the whole mango to Parvati, “Why don’t you eat it?” Parvati refuses to eat it if she can not share it with her husband.

Just at that moment, both boys walked in, wondering who the visitor was and saw the mango in his hand.

Ganesh begs ” May I have the mango, mom?”

Kartikeya shouts ” No, I saw it first.” And so, they both started fighting over it and came to blows.

Shiva is displeased with all the noise, angry with the Sage for starting the fight. Parvati sees this and makes a suggestion, “Let’s have a competition between the two boys and the winner takes it all.”

The boys realize this is the only solution and stop fighting. Shiva is satisfied that the fighting has stopped.

Sage Narad suggests ” How about, whoever goes around the world three times and arrives here first, gets the mango?”

World by Pixabay on Pexels.com

All were agreeable to this, Ganesh reluctantly though.

Kartikeya was smiling as he thought to himself, “I am definitely winning with my peacock.”

Ganesh is miserably looking at his mouse as he thinks about how to beat his brother in this competition.

The race starts. Kartikeya gets a fast start. He goes around once, and then twice and he has not seen his brother move at all. He wonders what was up with that.

Photo by Stephen on Pexels.com

Photo by Magda Ehlers on Pexels.com

As he was close to finishing his third time around the world, he sees his brother quickly circling their parents three times and putting his hand out for the mango.

Parvati gives the mango to Ganesh as Kartikeya lands. Bewildered, he asked his mom, “How is it that he gets the mango?”

Sage Narad explained, ” He travelled three times around your parents, thinking of them as his world and as he completed that first, he deserves the mango.”

Kartikeya was crestfallen, but he accepted that he was beaten fair and square.

Both brothers then, smiled at each other and Ganesh offers Kartikeya, the mango.

Ganesh’s birth is celebrated by Hindus as 10 day festival of Ganesh Chaturthi. In this celebration, they place a statue of Ganesh in their homes, they bring it to life and offer food and clothes on a daily basis, on the 10th day they immerse it in a water body to signify bringing Ganesh home to his parents on Mt Kailash.

Ganesh Chaturthi celebrations became a public event during the rule of Shivaji Maharaj a.k.a Great King or ruler in 1600s. It ceased to be under British rule of India due to loss of state patronage and became a private family celebration. Lokmanya Tilak protested the British rule of allowing Muslims gathering for Friday prayers while Hindus were sidelined in their practice of their religion by starting a communal celebration of Ganesh Chaturthi.

There is an environmental impact of immersing individual plaster of Paris, Ganesh Murtis in the water. Ganesh Chaturthi in the pre Kadamba era in Goa was celebrated with silver Ganesh murtis. In recent years, immersion of Plaster of Paris muftis is banned, clay eco friendly ones are being encouraged to be used.